…the collaborative effort of Jon Short and David Jones, two Brits who, if taken by appearance alone would seem unlikely candidates for composing music of such depth, complexity, and feeling.”
Music for a New Age

“Jon and David compose and record music that is hard to categorize. It blends the melodicism of adult contemporary music and classic new age with some of the breeziness of non-urban smooth jazz and the electronic keyboards of ambient and EM. There is meticulous attention to musical atmosphere, faultless engineering, composing in a variety of tones and textures, using ultra-high quality keyboards, and all of it wedded to an accessibility that somehow walks the fine line between being both commercial and heartfelt. This makes the music almost virtually unclassifiable in usual terms, which (if I can be so bold as to say this) is probably just what Short and Jones prefer.”
Bill Binkelman – Wind & Wire

Jon Short and long-time collaborator David Jones made their first music together as teenagers in the musical hothouse that was early ‘80s Sheffield.

A sporadic series of home-recording sessions through the ‘90s produced a remarkable body of music. Liberated from commercial constrictions and genre boundaries, this music was allowed to evolve in its own time and space, away from the pressures of the marketplace.

None of this material saw release until 2000; a collection called ‘NATURAL POWER’, which for a while surprisingly became MP3.com’s best-selling CD by a UK artist. Between 2001-2004, DEEP SKY DIVERS released 5 CDs on their own ANYROBINHOOD label, each bringing greater plaudits and wider attention.

Now, in 2014, DEEP SKY DIVERS are back on the front burner with a first website update in 10 years (!!!), a new download-only “highlights” collection “SKYLIGHTS” and new music in the pipeline…!

DEEP SKY DIVERS music has been featured on radio shows like ECHOES and HEARTS OF SPACE – they recorded a “Living Room Concert” for ECHOES in 2005. Some of their tunes may be familiar to film & TV viewers around the World, Their CDs have sold in relatively small numbers but to a Worldwide audience. All are available to order via www.deepskydivers.com and now as digital downloads via deepskydivers.bandcamp.com. 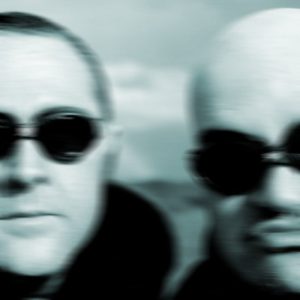 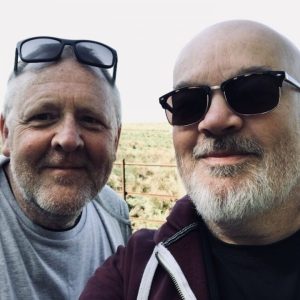